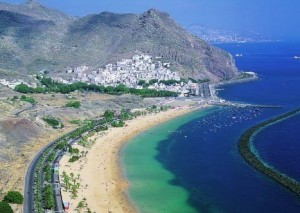 Sun on the coast – Tenerife South

Tenerife has a wide variety of climates, even between towns and resorts in the south. For example, Los Cristianos can be dry bright and sunny, whilst 15 minutes away in Los Abrigos, the wind can be blowing like crazy making it feel somewhat chillier. Again, 15 minutes more inland will bring you to San Miguel and Granadilla, where a drop of 4 degrees compared to the coast will send the expats and locals alike hurrying for their coats and sometimes, in winter, their umbrellas as well. 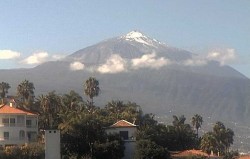 The greatest contrast occurs during some of the winter months, where you can enjoy the sun and the beach at any point in Tenerife, whilst higher up it can be covered in white, near snow-topped Mount Teide. Every year it snows in Las Cañadas and the surrounding area – about two thousand meters above sea – quite a considerable amount.

There are any other climatic contrasts. Santa Cruz de Tenerife is a city that enjoys a typically warm climate throughout the year. In winter, if travelling from the capital to the center of San Cristobal de La Laguna – the university town of the island – you should bring some warmer clothes, because just ten kilometers can considerably lower the temperature and even change to slightly rainy weather.

North and South Tenerife also have different climatic characteristics. There are more hours of sunshine per year in the South and more rainfall and humidity in the North, hence the differences in landscapes, but both climates are perfect and cater for all tastes.